Criminal Lawyers Near Me: DUI Experts on Maine OUI Laws

By: John Webb, Attorney for DUI near me and his Southern Maine OUI Lawyers with offices in Portland and Saco Maine

For three decades he has kept up with major changes in DUI-OUI lawyer near me. In this article, learn "what does OUI stand for?"

Is OUI a felony? Basically, once a police officer makes an arrest (e.g., at a DUI checkpoint ot from observing a traffic violation) of a driver for DUI near me, he or she will immediately face the impact of driver license suspension laws near me. Over 90% of our OUI offenses are not felony charges, but our legal professionals also fight felony accusations.

The Webb Law Firm maintains two different OUI defense lawyer offices, with one in Saco, Maine and another in Portland, ME. Since 1992, the OUI defense attorney and lifelong Mainer has been defending OUI cases in southern Maine, along with his able, highly trained associate attorneys.

How to get out of an OUI in Maine. A DUI defense attorney from our criminal law firm can help avoid guilty verdicts in many cases, so long as our nearby crime lawyers are hired in time to file suppression motions and other pre-trial pleadings to attack the State's evidence against you.

What is the OUI meaning? OUI driving laws have draconian driver license suspension penalties, too, especially for any OUI refusal to submit it post-arrest testing under implied consent laws. An implied consent test only applies to DUI charges and is the post-arrest forensic test for blood alcohol content (BAC) used by the State of Maine to support OUI-DUI criminal charges.

Maine laws are also highly punitive for transporting any passenger under 21 years of age while driving intoxicated. Most other states only classify "child endangerment" passengers as being those too young to drive, but Maine laws are more sweeping and punitive. Don't risk serious jail time on such difficult cases when our criminal defense attorneys have “been there and done that" previously, for other clients.

Operating under the Influence (O.U.I.) is a serious traffic crime. Plus, OUI is the acronym used in the Pine Tree State for the drunk driving offenses, known better in other parts of America as "driving under the influence (DUI)." If you have been arrested for OUI charges in the southern part of Maine (from Augusta and south of there), our Maine OUI attorneys are ready to spring into action on your behalf.

Trust our lawyers near me for DUI that win cases and are fully versed in field sobriety testing, the breathalyzer machines used in Maine, and all the other "tricks of the trade" known by the best criminal law attorneys near me. Maine Super Lawyer John Webb is a lifetime resident of Maine and known nationally for his prowess in defending OUI driving charges. 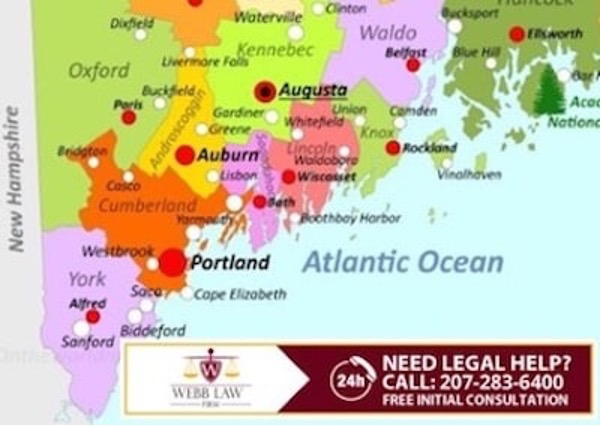 The State of Maine laws pertaining to OUI in Maine reward those who act quickly to minimize their implied consent license suspension. Failure to act in a timely manner can result in a lengthy, total driving suspension.

Call today and speak with one of our criminal defense lawyers in southern ME, so that our litigation attorneys can protect this important aspect of your life. Dial 207-283-6400 and get 24-hour a day, real time attorney service for your pending impaired driving criminal case. See an image of our Saco Law Office below. 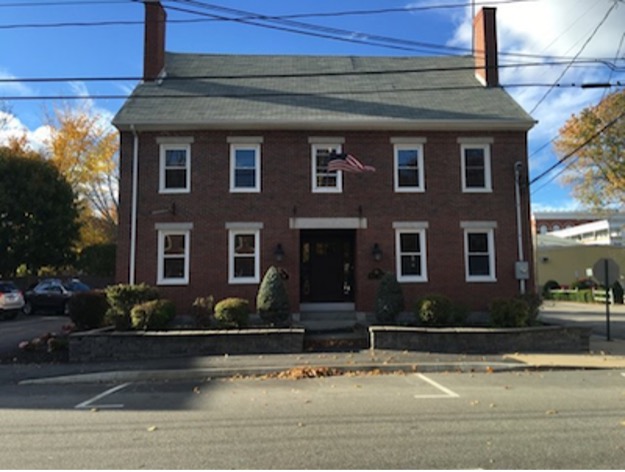 Some other Links to our Impaired Driving Practice Areas

Contact Us
Practice Areas
Southern Maine Criminal Lawyer Blog - OUI Law
Client Reviews
★★★★★
"Without a doubt one of the best legal teams in Maine. If you have an issue that needs legal assistance give them a call. They will listen, they will guide you and they will explain the legal aspects of your situation and if and how they can help you. You won't be disappointed." Lou C.
★★★★★
"I hired John twice to help with two different legal situations. He was outstanding in every regard for both cases. For one of the cases, we were led to believe it was hopeless, until we met John Webb. John much to my surprise took the case, and gave us hope. I know for a fact he worked over and beyond what he charged us for, and landed a very favorable result. You cannot get a more honest, hard working, knowledgeable, skilled lawyer than John Webb." Maureen
VIEW MORE
Submit a Law Firm Client Review