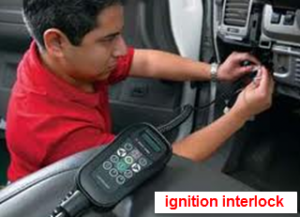 The Maine Legislature recently changed the driver’s license suspension penalties for an OUI offense, which directly impacts a person’s continued driving privileges. These changes went into effect December 1, 2013. They affect only those OUIs that occurred after midnight on November 30, 2013.

Some of the changes affect only a few people. The length of suspension for some repeat offenders increased. Also, some repeat offenders will get their licenses back sooner if they install an Ignition Interlock Device, or IID. This device acts as a car breathalyzer because a person has to blow into the IID to check their blood alcohol content (BAC) level before the car will start. Its inventors were looking for a way to automatically stop drunk driving.

These changes only affect a few people because these repeat offenders make up a very small percentage of the people who are charged with operating under the influence.

One change will affect many more people. This change applies to first DUI offenders. When you look at the facts about first offenders, you have to ask why the politicians thought they needed these changes.

First, the changes: The suspension for a first offense OUI in Maine is increasing from 90 days to 150 days. This change applies to both administrative suspensions for having a blood alcohol level of .08% or more, and for OUI court convictions.

If that same person completes the alcohol program, pays a double reinstatement fee, and installs an IID for four months, he or she can get a full-privilege license after only 30 days. For people who can afford it, this is an attractive alternative to suspension. For the poor who cannot afford an IID it is a disaster for the entire family. Not many states offer the IID option.

How Much Does a Maine Ignition Interlock Cost?

An IID costs $80 for ignition interlock device installation at a service center approved by the Maine Secretary of State. The device has real-time reporting of your breath test results. It costs $65 per month to rent it plus you pay for ignition interlock installation (breathalyzer installed). It costs $40 to have it taken out of the car. A person or family that earns less than 150% of the Federal Poverty Level can get it for half-price. That’s $17,235 for a single person. That’s a maximum gross income of $331 per week. After taxes that is about $275 per week. Or less. So an IID is going to coast that person 5% or more of their take home pay. If they still have a job after the 30 days without any license. If the person earns less than that maximum, it is bigger part of take home pay.

On top of this are the state requirements for the $300 for the alcohol program and the $100 for the reinstatement fee. That means to get the license back at 30 days a driver must pay $545 within the first month. ($300 alcohol school, $100 reinstatement, $85 installation and $60 for one month’s rent.) That is almost two weeks pay for a person right at the 150% FPL. For someone working at a minimum wage job it may be close to an entire month’s pay for the cost of a breathalyzer in car.

So for many people the choice will be rent, food or license. And that is no choice at all because the all income probably goes if the license is lost.

This state law is going to make people homeless.

You have to imagine that the idea behind this law is that it will save lives. If the IID for first offenders kept drunk drivers off of the road, it might well be worth it. Unfortunately, research by the State of California indicates this law is not going to save anyone.

California found that a first offender’s likelihood of re-offending within one year of conviction was less than 2%. That less than 2% number included people who did not attend an alcohol program – the researchers found that the alcohol programs significantly reduced the rate of re-offending. And the new DUI’s they counted were within a year of conviction. Since Maine drivers do not get a license back without an alcohol program, and the new IID rule only lasts three months, it is safe to say that the number of first offenders who would commit a new OUI within the three month IID period is less than 1% of first offenders.

So we are imposing potentially crippling costs on 99% of the people to prevent the other 1% or less from driving under the influence. That is like using hand grenades to get rid of mice in your house. It may be effective, but the cost is way to too high.

Another point that the legislature apparently did not consider is there are better ways to identify that bad 1%. The California researchers found that of people who reoffended, the vast majority had a driving record showing two or more accidents within the past two years.

So instead of punishing everyone for the bad behavior of a very few, maybe the Legislature should rethink this IID rule. Maybe they should require it for first offenders who have had two or more accidents in the past year. Lets use mouse traps instead of hand grenades. Let’s stop the criminals instead of punishing the families of the innocent.