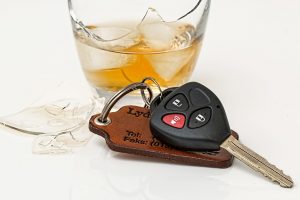 The State of Maine is debating whether to increase the look back time for DUI convictions. The look back is the amount of time that must pass after a DUI before the next one is considered a first offense. The present look back in Maine is 10 years. That means if you get a DUI today, and you had one within the last 10 years, this one counts as a second offense.

The legislature is considering whether to extend the look back to 15 years. The justification offered by the legislator who submitted the bill is that people who have DUI’s should be treated very harshly if there is ever a subsequent offense. He did not offer any information to suggest that there was a problem by limiting the look back to 10 years. It seems he pulled the number out of a hat.

Another approach, one urged by the District Attorneys, is that the normal look back for misdemeanor DUI’s should remain in 10 years. But anyone convicted of a felony DUI (DUI with serious bodily injury or death, or a third or subsequent offense DUI) should have every subsequent DUI treated as a felony.

On this one I happen to agree with the District Attorneys. My experience is that problem drinkers who drive are likely to be caught with a 10 year look back. A 15 year look back would do very little to make the roads safer.  DUI felons, however, are more likely to pose a continuing problem. Allowing for all subsequent DUI’s to be felonies would make the roads safer by allowing extended suspensions for the most dangerous drivers.

Finding myself in agreement with the District Attorneys is a rare position for me. In this case, however, they seem to have hit the nail on the head.

Extending the look back would affect anyone for whom 15 years had not passed. This means that if you had a DUI 11 years ago, and the 15 year look back is enacted, it will apply to you. The only exception is that people who are facing DUI charges at the time an extended look back is enacted will not have that extension applied to them. A pending first offense will not become a second offense.