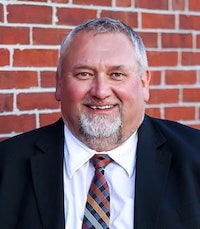 Southern Maine OUI attorney John S. Webb has extensive experience with OUI operating under the influence OUI criminal charges and DUI cases in Maine over the last 20 years. He has received many awards and accolades for his success in the DUI defense field for both alcohol and drugs charges, and John is widely considered one of the best lawyers in Maine for criminal defense.

John Webb handles drug possession cases from his law firm office in Saco and a second law office in Portland, and he is very familiar with Maine criminal law. John regularly appears in every courtroom criminal justice system in southern Maine, including federal district court.

Legal Training
Speaking Engagements & Achievements:
Additional Experience
Contact Us
Practice Areas
Client Reviews
★★★★★
"Without a doubt one of the best legal teams in Maine. If you have an issue that needs legal assistance give them a call. They will listen, they will guide you and they will explain the legal aspects of your situation and if and how they can help you. You won't be disappointed." Lou C.
★★★★★
"I hired John twice to help with two different legal situations. He was outstanding in every regard for both cases. For one of the cases, we were led to believe it was hopeless, until we met John Webb. John much to my surprise took the case, and gave us hope. I know for a fact he worked over and beyond what he charged us for, and landed a very favorable result. You cannot get a more honest, hard working, knowledgeable, skilled lawyer than John Webb." Maureen
★★★★★
"Katherine was introduced to us as a part of our son’s defense team. The knowledge, defense planning, empathy and skills she provided during trial were invaluable. We appreciated her kindness to us more then she will ever know. Excellent Defense Attorney! Thank You" Stacy
VIEW MORE
Submit a Law Firm Client Review