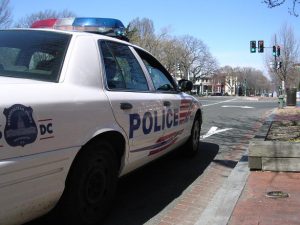 A decade ago I commented that roadblocks are a very poor way to catch DUI drivers.  Police can stop a thousand citizens at a roadblock near me without catching a single impaired driver. This wastes taxpayer money, and in an infringement on our rights as citizens.

Proof of that comes from California. At a March 25-26, 2011, a DUI check point on the corner of Collier Avenue and Riverside Drive in Lake Elsinore, California.

Police claimed that this sobriety checkpoint location was selected due to being a high DUI area.  Cops stopped 1,358 vehicles and questioned the people in them.

One hundred and fifty-three of those people were required to step out be subjected to roadside testing. These field sobriety tests offered are 100% optional and voluntary, but no detainees were told that information by their interrogators.

They checked everyone’s license.  Some cars had more than one person.  Two thousand people or so?  The lucky ones were held for only a few minutes.  It was reported that 153 unlucky people were made to perform roadside gymnastics while their friends and neighbors drove by and watched.

Not surprisingly, 152 of those people passed those gymnastics.  They charged one person, so maybe one failed.  Maybe he did not fail.  Maybe they needed to keep one so they could say they caught someone.

There was a line in old WWII movies where the Germans at the roadblock said, ”May I see your papers?”  Everyone at the movie knew someone’s rights were about to get trashed.

The cost to our constitutional rights is high when police can stop us for no reason. The Fourth Amendment says police need real suspicion to stop and question us.  Where is the suspicion?  It is wrong.

The dollar costs were high, too. How many officers worked the roadblock?  A supervisor or two?  Two or three in front with flashlights?  Two or three giving field tests? A couple of police officers standing by to drive arrested citizens to jail?

That is about average for a roadblock that stops over a thousand cars. Probably somewhere between six and ten cops.  To arrest one person.  One person.

The average salary for a police officer in the Lake Elsinore area is $54,000 per year.  That is $27 per hour.   But DUI roadblock duty is usually overtime, so double that.  And add 25% for benefits.  The manpower cost was probably somewhere between $405 and $675 per hour.

Figure the roadblock started about eight and ran until two or three in the morning.  It cost somewhere between $2,400 and $4,700.  To arrest one guy.  And that is not counting the cost of gas and equipment.

If you have been put through this type of police overreaching, contact one of our attorney offices near me, in Saco or Portland. When your legal rights have been violated you want to retain the best DUI lawyer near me, to defend you aggressively, and challenge the DUI checkpoint.

Call today for your FREE lawyer consultation at 207-283-6400. Our 24-hour law firm near me offers a no-cost criminal case assessment. Why not get in touch with our three attorneys near me?