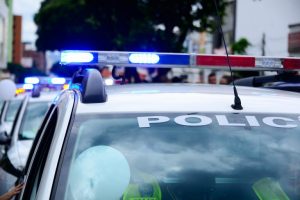 What is an illegal stop?

If the police illegally stop you, then there is a chance your case could be thrown out! The problem is that the police can stop you for so many things. In order for a stop to be legal, the police only need articulable suspicion that a crime or traffic infraction has occurred. That means the list of reasons the police can use to justify a stop is very long. You can be stopped for anything from improper tinted windows to driving one mile per hour over the speed limit.

Once you are stopped for any legal reason, if the officer finds more evidence of a totally different crime, such as an odor of alcohol or slurred speech, then the investigation can turn into something completely separate from the reason for the stop. You could be stopped for going 5 miles per hour over the speed limit and then it could turn into a drinking and driving investigation.

What if the police were wrong about why they stopped me?

Police also do not need to even be correct that you violated a traffic violation or other law for the stop to be legal. They only need articulable suspicion that a crime has taken place. That means that under the new hands free law in Maine, you could be legally stopped by the police if they think you are on your phone and can articulate to a judge the reason they thought this was true, even if it turns out they were wrong. For example, if you are stopped at a red light because you were looking down at your lap and not your phone, the officer could have articulable suspicion that you are breaking Maine’s hands free law by using your phone and legally pull you over. Even though they are wrong and no crime was committed, you could still be legally stopped because the officer has a reasonable belief that you were holding your phone. If they then smell alcohol or realize that your license is suspended once they stop you, you can be charged with a crime even if they were wrong that you violated the hands free law.

What are examples of illegal stops?

Even though it may seem like every stop could be justified by the police as legal in some way, there are illegal stops. Some examples of illegal stops would be things like stops for not using your blinker in the middle of the night on an empty street. If there are no other cars on the road, there is no need to use your blinker under current Maine law. Occasionally, officers don’t realize this and improperly use this as a reason for your stop.

Another illegal stop would be just pulling you over for acting “suspicious” or because of your race, or because you are driving in an area of high crime in the middle of the night in a out of state vehicle. Those are not crimes or traffic violation and there can be no articulable suspicion for a legal stop.

What happens if my stop was illegal?

Even though there are so many reasons an officer can use to stop you, if the stop was in fact improper or illegal, there is a good chance any evidence obtained after the stop should be thrown out and cannot be used against you in a trial. If you have a question about if your stop was legal and how that could change your case, you should call an attorney. Webb Law Firm offers free consultations to talk about your case and these issues. Call 207-283-6400 to set up a time to speak with an attorney about your free of charge.