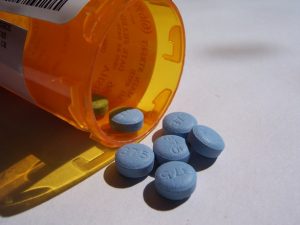 I thought I had seen about everything in the DUI law area.  Then the Maine prosecutors decided to try change the law about drugs and driving.  Right now the LD 1491 is up in front of the state legislature and they are considering it.  Listen to this.

Here is what the new law says:

The Bureau of Motor Vehicles can take your license:

2.  if you are impaired by drugs when you are driving (new); or

Here is what the proposed law says:

The proposed law says “after ingesting drugs” means the person has a detectable urine-drug level of a positive confirmed drug or its metabolite.

The proposed law also says the state can use immunoassay urine testing to show a confirmed drug or metabolite presence.

Let’s talk about what’s wrong with this law.

There are thousands of prescription drugs that people take that don’t impair driving ability.  Example of these drugs are antibiotics like penicillin or cholesterol drugs like Lovastatin.  There are also prescription drugs that can impair driving when you first take them, but after you take them for a while they don’t impair you any more because your body adapts to them.  Examples of these drugs are most antidepressants.

Under the proposed law it is illegal to drive if you have taken any of these drugs and they can be detected in your urine.

So let’s say you get a sinus infection and the doctor gives you an antibiotic for it.  It’s a Z-pak that you have to take for at five days, but they continue to work in your system for up to two weeks.  They will show up in your urine all the time you are taking it and for a couple of weeks afterward.  Under this law you can lose your license just like a person convicted of DUI if you drive after starting to take those antibiotics and for about three weeks or more afterward.  Does that sound right to you?

Most people who are depressed have impaired driving skills caused by the depression.  When they take antidepressants they might be impaired by them for a week or so, but usually not for long.  That’s why the doctor and pharmacist say don’t drive until you know if the medication will affect your driving.  Once people take the medication and the depression starts to come under control, they become better drivers than they were without the medication.  Even so, you can lose your license just as if you were a drunk driver because you are taking that non-impairing medication as the doctor ordered.

Under the proposed law, if you take any prescription medication you are breaking the law and can lose your license, even if that medication doesn’t affect their driving (or even if it makes you a better driver.

Urine testing says nothing about impairment.

The proposed law says that the state can use a urine test to tell if someone is under the influence of drugs. This is bad science.  When it comes to drug testing every respectable crime laboratory in the country follows the guidelines for labs published by the Society of Forensic Toxicologists.  These are called the SOFT Guidelines.  SOFT Guideline 8.4.2 says urine testing tells you nothing about impairment.  Nothing. Urine is a history lesson – it tells you what was in the body before, but nothing about now.  That is because the only time that a drug can affect you is when it is in your blood.  Any drug that is in the urine is already out of the blood.  And it can’t go back into the blood.

This means that if you take a muscle relaxer like baclofen or flexoril at bedtime, in most cases it will be out of your blood and into your urine by morning.  It can’t impair your driving when it is out of your blood.  But under the proposed law the state can still take your license away and claim you are impaired based on urine testing the next day.

If the police are allowed to use immunoassay tests for confirmation tests that poppy seed muffin you had for breakfast or that sinus pill you took last night can cost you your license this afternoon.

Urine testing for many metabolites says less than nothing about impairment.

We already know that urine testing for drugs says nothing about being impaired.  Testing for metabolites says even less.

Metabolites are the substances that a drug breaks down into in the body. Many metabolites do not cause impairment.

Both the 11-hydroxy-THC and 9-carboxy-THC are metabolites of marijuana.  Neither one of them makes you high and neither one impairs your driving.  But they are detectable in the urine for up to several weeks after smoking marijuana.

Whether you are for or against marijuana, it is hard to argue that someone should lose their license a week after smoking it and when they are not DUI.

But metabolites are not confined to illegal drugs.  Legal drugs form metabolites, too.  They can get your license suspended weeks after the drug stopped having any effect on your system.

Detectable levels are below impairing levels.

Even if the state decided to use blood tests, detectable drug levels are different from impairing drug levels.  You can have a detectable level of a medicine for hours or days after you take it, but it may be well below the level that it impairs you.  Under the new law you will still be DUI and still lose your license.  And it doesn’t matter if it is a legal drug your doctor prescribed or cocaine – you lose your license either way.

This bill isn’t the law yet.  The prosecutors are pushing it because it makes it easier to convict people who are under the influence of impairing drugs.  The problem is it affects everyone who has a license and gets a prescription, even if they are not impaired.  Maybe the prosecutors don’t understand what they are asking the legislature to do.  There are prosecutors whose only understanding of science comes from watching NCIS or CSI. This is crazy.  There is not excuse for a law that suspends you license for getting sick, going to the doctor, and following the doctors order – all the while being a perfectly safe driver. They need to be stopped.

I am testifying before the Maine legislature next week.  You might have guessed that I will be testifying against this law.  Please, if you have some comment you want me to pass on to the lawmakers, let me know.

I will keep you posted on this law.