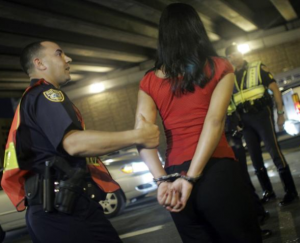 In Maine, many think that if your breathalyzer test comes back under .08, then you have passed the test and are free to go. This is not usually the case. This is because the law in Maine states that at the time of operation, a person had a breath or blood alcohol concentration of .08 or more or, were under the influence of intoxicants.

Impaired to the Slightest Degree

To be under the influence in Maine is to have your mental or physical faculties impaired however slightly or to any extent by intoxicants. This means that if you blow a .07 and the officer thinks that you are impaired slightly, you can be charged with an OUI. Not having the .08 breath test to fall back on makes the case much harder to prove for the State, but they can still use the officer’s observations to try to prove that you were impaired while operating. If you were to do poorly on your roadside tests, the officer may use that as evidence of impairment. This becomes a problem if your balance was effected by something other than intoxicants such as an injury or even the weather.  Even if the case is much more challenging to prove for the State, charges for OUI with tests under .08 are not uncommon.

If you have been taken back to the police station to do a breath test, the officer must think they observe some impairment. If you blow zeros, the officer will likely think that something other than alcohol is causing the impairment. Impairment can be caused under Maine Law by many things other than alcohol such as drugs. However, under Maine Law, drugs are not just illegal drugs. A drug is defined as any natural or artificial chemical substance that, when taken into the human body, can impair the ability to safely operate a motor vehicle. This means that any prescription drug, even if it is taken legally as prescribed, could be alleged to have caused impairment while driving and lead to an OUI charge. The steps taken to try to find if a drug is effecting you is done by a drug recognition expert or DRE.

These are specially trained officers and may not be the same officer that gave you the breath test. In Maine, you have a legal duty to submit to a urine or blood test for a DRE if they suspect impairment caused by drugs. To determine if they suspect drug impairment, they will run you through a series of testing at same location you took your breath test. Some of these will be similar or even the same to the tests you have already done on the roadside and some will be totally different and more specific for drug impairment. Some of these tests include things like a more thorough check of your eyes, your muscle tone, your pulse and other examinations of your physical appearance. The DRE then makes an assessment of what drugs they think you are impaired by and that assessment is later compared to the results of your urine or blood test.

These tests are extremely complicated but not always accurate for a number of reasons. The attorneys at Webb Law have taken specific training and have experience with Drug driving and cases with breath tests under .08. Feel free to call the Webb Law Firm today at 207-283-6400 and arrange a free consultation to discuss your case. Please contact us today. We provide a free initial consultation to go over your case with you.