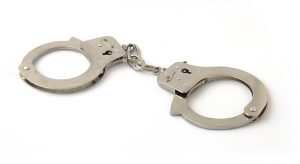 You can be charged with DUI even when you are not driving. Every state has a law that says it is illegal to drive under the influence.  What many people do not realize is that most states have some variation of this law that allows police to charge you even when you are not actually driving (DUI parked car).

Over the years I have had clients ask me some variation of the following questions:

Can you get a DUI with the engine off?

Can you get a DUI if you’re asleep in the car?

If the engine was not running can a police officer arrest me for OUI?

Can Maine police charge me with operating under the influence with my keys in the trunk (keys not in ignition)?

If you get in the car, start it up and put it in gear, that is a substantial step toward operating.   You will usually be found to have attempted operation.  Sometimes even less substantial steps will be considered operation.  If you are intoxicated, get in your car, put on the seat belt and start it up, you may get arrested and convicted.  A judge or jury might think the using the seat belt is a sign that you intend to drive – people rarely put on a seat belt to just sit in the car.

On the other hand, if you get in the car to sleep because you are too drunk to drive,  you turn the car on to run the heater or the radio, and then you go to sleep, you are not attempting to operate the vehicle.  But you might still get arrested for DUI.  Maybe you will win the charge, but it might be an expensive fight.

An example of this happened in Wisconsin.  Last June, Steven A. Herbst, Sr., had too much to drink.  A friend at the bar said she would drive him home.  Because he fell asleep in the bar she gave him the keys to the car and told him to wait there until she came to drive him home.  Police found him asleep, with the motor running and a hand on the steering wheel.

Do you think the police listened to him when he said he was waiting for a ride?  You get two guesses.  The “yes” guess doesn’t count.  Of course not.  They charged him with DUI.

So Mr. Herbst hired a lawyer – he got a good one -Tracey Woods.  She is a top-notch DUI defender. Tracey told the DA about the friend who was going to drive Mr. Herbst home.  What do you think the DA did?  Do you think the DA said, “Oh, OK.  Mr. Herbst did the right thing by getting a ride and not driving, we’ll dismiss the charge.”  If you believe that you believe in the tooth fairy, too.  The DA said he convict him if he could.

They went to trial.  The DA told the jury that touching the wheel was the same thing as driving.  The judge didn’t correct that misstatement.  The jury convicted him.

Fortunately, Tracey is a fighter and would not take that for a final answer.  She appealed.  The Wisconsin Appeals Court agreed with her.  Hands on the wheel is not driving.  Conviction reversed.

But in some states sitting with your hands on the wheel, even with the engine NOT running would be DUI.  In states where you can be convicted if you are in “actual physical control,” you don’t need to try to drive to be guilty.  You can be convicted just for being able to drive if you wanted to drive.  Imagine a rainy night.  You come out of a bar and decide you had a little too much to drink.  You have your keys in your pocket.  You can’t get a cab.  So you get in the back seat to sleep out of the rain.  The police come along.  Before you know it you are “cuffed and stuffed” and on your way for a breath test.  There goes your license and maybe your job.

Some times police officers use common sense in these situations. But don’t count on it.  Mr. Herbst counted on it.  He eventually won, but he was several thousands of dollars poorer in the end.