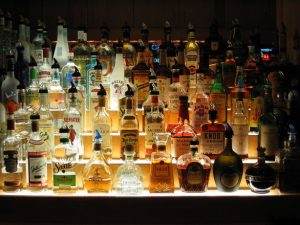 As a DUI defense lawyer I talk to people every month who were arrested for DUI. An alarming number of those people are truly surprised at their blood-alcohol level. Many tell me they “paced themselves” to one drink per hour. For most people this pace is a recipe for disaster.

A Brief History of Alcohol Calculations.

Scientists have studied alcohol for many years. In the early years of the 20th century a Swedish physician, Dr. Widmark, did extensive research. Based on his research he devised a formula for calculating blood-alcohol levels based on the amount of alcohol consumed, the person’s weight, their gender, and the amount of time that passed since first drinking. This formula then predicts a range for the person’s blood-alcohol level or concentration (BAC.) This is the formula that is used in virtually all smart phone calculators or the “drink wheel/calculators” sold. It is also the basis for the claim that one drink per hour will protect you from driving under the influence.

The formula was undoubtedly accurate for Widmark’s specific test subjects in the 1920’s and 1930’s However, variations in body composition, differences between laboratory and real world drinking patterns, and variations in how we measure drinks make calculations based solely Widmark’s formula unreliable.

The amount of water in the body is a big factor. The more water you have in your body, the more the alcohol is diluted. Widmark’s test subjects were students. This meant that they were younger than the average population. They were also Europeans living in the 1920’s and 1930’s. On average they were much thinner than today’s Americans. Whether you attribute it to fast food or other causes, Americans (even college students) are fatter than Europeans living 80 or 90 years ago. And the older we get, the fatter we are likely to be. Since fat tissue has less water than muscle, we have proportionately less water than Widmark’s kids. That means the same amount of alcohol will be diluted less and will give us a higher BAC.

For women this is more of a problem. Women generally have proportionately less muscle than men, so they have a higher fat proportion. They generally weigh less than men for a given height. Women have even less water per pound than most men. So the same amount of alcohol gives women higher BAC’s.

When graphed Widmark’s drinking sessions generated nice smooth drinking curves. The graphs of the BAC’s went up smoothly, plateaued nicely and then dropped off smoothly. This was because his subjects usually got their drinks all at one time. That way the body would begin absorbing and continue to do so until it was all in the system. Modern social drinking rarely involves drinking all of your drinks at the start of the night. We drink a drink and order another. It takes time. The result is a series of absorption events, not one smooth curve. Technically, the Widmark formula and the smart phone calculators can accommodate this pattern, but it requires us to know the exact time each drink is consumed. Imagine being at a bar or the Christmas party. How likely is that sort of timekeeping? Every variation makes the calculations less reliable.

Widmark Knew Exactly How Much They Drank

Widmark carefully measured the number of drinks his subjects drank. He knew the amount of alcohol to a small fraction of an ounce And his idea of a “drink” was different. For Widmark, a drink is 12 ounces of 5% beer, 1-1/4 ounces of 80 proof (40%) liquor or five ounces of 12% wine. In most cases, the drinks we get do not match that formulation. While canned or bottled beers often come in 12 ounce portions, the alcohol content can vary considerably. Restaurants almost never pour a 5 ounce glass of wine – they pour four to the bottle because they come out evenly. That is a bit more than six ounces of wine per drink. And again the alcohol content is not always 12%. If you are drinking mixed drinks, do you know exactly how much alcohol the bartender pours? If you mix them yourself are you measuring? Probably not. So a drink for Widmark purposes isn’t always a true drink. When you are measuring alcohol in fractions of an ounce, a half an ounce here or there can really throw off the calculations.

So don’t rely on the one-drink-per-hour rule. For most people having one drink every hour and then driving will get you arrested for DUI.