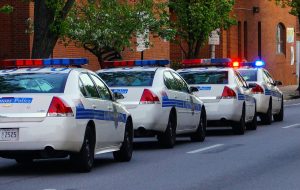 No concept in criminal law is more widely known than the obligation for police to read a person his or her right ONCE IN CUSTODY. Unfortunately, in the context of an OUI-DUI arrest, this principle is also widely misunderstood. You will not be permitted to stop this process and contact law firms near me for legal advice.

The key place that the confusion arises is that (after being arrested and cuffed) the person is given implied consent rights, which notifies the arrested drunken driver suspect to give an alcohol breath test or allow a blood extraction. The detained citizen often wants to speak to an attorney to get legal advice on what to do, and this request is not accommodated.

What are “your legal rights” in the Miranda Warning?

As the foregoing section explains, implied consent relates to your obligation (for enjoying the privilege to drive on Maine’s highways) that if properly arrested for DUI-OUI, that you will allow collection of this post-arrest evidence. The implied consent notice ONLY asks for cooperation, NOT testimony or a confession. The rights police read to detained defendants are called “Miranda warnings.” The name comes from the U. S. Supreme Court case called Miranda v. Arizona, 384 U.S. 436 (1966). Miranda warnings are designed to inform a suspect in a crime of certain rights and risks.

A criminal defense attorney can help you find the source of Miranda advisements, which is the Fifth Amendment to the US Constitution. The right to counsel derives from the 6th Amendment, but the Miranda decision turned on due process of law, which means “basic fairness” in our criminal justice system, and is embodied in the 5th Amendment, which is shown below:

Wording of the Fifth Amendment of the United States Constitution

“No person shall be held to answer for a capital, or otherwise infamous crime, unless on a presentment or indictment of a grand jury, except in cases arising in the land or naval forces, or in the militia, when in actual service in time of war or public danger; nor shall any person be subject for the same offense to be twice put in jeopardy of life or limb; nor shall be compelled in any criminal case to be a witness against himself, nor be deprived of life, liberty, or property, without due process of law; nor shall private property be taken for public use, without just compensation.” (Source: Cornell Law School)

The rights for a person already in law enforcement custody are:

The drawbacks, exceptions and risks for detained citizens are:

When must Police read you the Miranda Rights?

Miranda warnings must be read before the police interrogate a person who is in custody. The operative words here are “interrogate” and “in custody.”

“Interrogate” means more than just asking questions. The Supreme Court says the term “interrogation” under Miranda is “any words or actions on the part of the police (other than those normally attendant to arrest and custody) that the police should know are reasonably likely to elicit an incriminating response from the suspect.”  Rhode Island v. Innes, 446 U.S. 291 (1980).

This is a broad category of actions by police. Certain questions – such as booking information (name, address, age, etc.) – are not usually considered interrogation. In custody means:

Call today for a FREE lawyer consultation with our southern Maine lawyers near me in Portland ME and Saco, ME. 207-283-6400