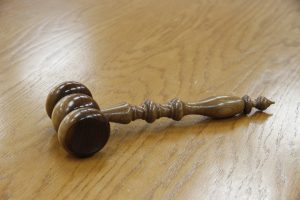 The second big change in Maine DUI laws was changing when an OUI becomes a felony.
It used to be that a fourth DUI in ten years was a felony.  Now a third offense in ten years is a felony.  The maximum penalty jumps from 364 days in jail and a $2,000 fine, to five years in prison and a $5,000 fine.

Felony convictions also affect civil rights and jobs.  A felon cannot serve in the military.  In many states a felon cannot vote or hold political office.  Many employers will not hire felons.  Before we take away these rights we better be very sure the person should be a felon.

The biggest problem I see with this change is in the poor quality of prior convictions used to support the felony charge.  Many, if not most, of the prior convictions the government uses are unconstitutional.  That is a big cost in a country that prides itself on liberty and personal freedom.

Most prior convictions are cases where the defendant pled guilty without a lawyer.  The problem with not having a lawyer is that people can plead guilty who should not.  They may not understand the law.  They may have legal defenses.  In the case of DUI the test may be flawed or important constitutional rights may have been violated.  The government gets a lawyer.  The defendant has a right to a lawyer, too.

Judges have to make sure that people understand what they are losing when they give up their right to a lawyer.  The Supreme Court sets rules for judges to follow.  The rules are simple.  When the defendant is facing jail in a DUI the judge must do three things.

First, the judge must make sure the defendant understands the charge – what the government has to prove.

Second, the judge must make sure the defendant understands the minimum and maximum penalties.

Finally the judge must make sure the defendant understands that there is a right to a lawyer and how to get one at government expense if the defendant is poor.

These are pretty easy rules – especially for a judge who went to college and law school – right?  No.  Many judges do not follow those rules.  Some never follow them.

A good example of this is a recently retired judge down on the coast of Maine.  I listened to that judge take pleas many, many times.  He used the same questions every time.  In his twenty plus years as a judge he must have taken hundreds, perhaps thousands of pleas to OUI without a lawyer.  He never got it right!

How do I know?  Because I got a ruling from the court above him that said his pleas were unconstitutional.  The higher court said in writing that he was violating defendants’ constitutional rights.  He still didn’t change!

Whether you think a third or fourth conviction should be a felony isn’t the question.  The question is basic fairness and wrongful felony convictions.  Most of us who value America and the Constitution can agree that there should not be a conviction when critical constitutional rights are violated.  By making a third DUI offense a felony the Maine legislature is making it more likely that people will wrongly be declared felons.  That is just wrong.