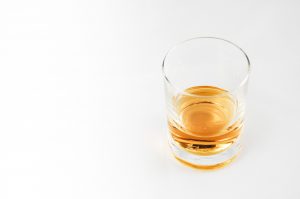 For years defense lawyers and breath testing experts claimed that breath test machines (like the Intoxilyzer 5000) read other substances on your breath as alcohol and thus gave a false high reading. These substances are called “interferents.” Examples of interferents are paint fumes, carburetor cleaner, and substances found in many beauty salon supplies. For just as many years the the corporation that made the machines (CMI, Inc.) and the Maine’s breath test staff claimed that was just a defense lawyer’s gimmick. They said the machines were specific for alcohol, would reliably detect interferents, and would subtract any interferents from the final blood alcohol content (BAC) results reading.

So who was right? Was it a gimmick from a DUI lawyer? Were the people whose jobs depended on the machines being right covering something up?

A couple of year’s ago CMI came out with a new model, the Intoxilyzer 8000 alcohol breath testing machine. The State of New Mexico was an early buyer. Maine just bought about a hundred of them. The books CMI gave to New Mexico with the 8000 model said this about the old 5000 model:

The “INTOXILYZER 8000 overcomes the only downfall of the [Intoxilyzer 5000]’s method of quantifying a subject’s breath alcohol concentration. That is, when using infrared light at a single wavelength it is possible that interferents present within the breath also absorb at the selected wavelength. The effect of this of course being that abnormally high breath alcohol readings may be reported by the device.”

Finally, they admitted it! But the only reason they did was to sell a new machine they claim fixed a problem they always said never existed.

This year I attended a three-day seminar in Toronto about the new DUI breath machines. Besides lawyers there were secondary ibreath test experts, chemists, biochemists and bio-engineers in our group. Many of these experts doubt the claim that the new machine is any better than the last one at detecting interferents.

Simply put the new machine supposedly detects inteferents by measuring the light absorbed at two wavelengths (at around 3 microns and 9 microns) instead of one wavelength for the old machine. The ratio of absorption at the two is compared to the ratio for ethanol (that’s the alcohol we drink.) If it doesn’t match the alcohol ratio, an interferent may be present, and the machine supposedly subtracts it or shuts down.

They lied about the old machines for years. I have no reason to believe concerning the Intoxilizer 9000 them now. In fact, I have reasons not to believe them. Many substances that absorb light in the machine’s 3 micron range also absorb it in the 9 micron range. Examples are isopropanol (found on the breath of diabetics), D-Limonene (found in many cleaners and disinfectants), 2-Butoxyethanol (found in a range of products from cosmetics to paint) and diethyl ether (found in commercial degreasers.) People who are regularly exposed to these chemicals such as beauticians, janitors and mechanics may have abnormally high levels in their system due to exposure at work. These people may be at risk of a falsely high secondary breath test from the new machine.

The problem is the company that makes these machines is very secretive. They do not allow anyone to look at the computer programs that run the machines (the source code.) They will not sell a machine to anyone who wants to test them to see if they work properly, but only to law enforcement agencies.

You have to wonder what they are trying to hide.