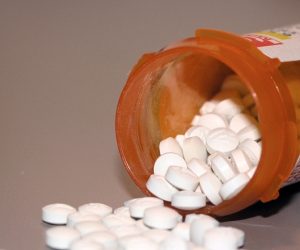 I posted a while ago about a new law the Aroostook County DA wanted to push through.  There were four very bad things in the law.

They were going to test for it with immunoassay tests – tests that give a lot of false positive results.

And they wanted to test urine instead of blood.  Blood will tell you what is in someone’s system.  Urine will only tell you what used to be in the system at some unknown time.

Worst of all, they didn’t even have to prove you were impaired by the drugs – just that you took them.

Two very good DUI defenders and I went to the state capitol to argue against it.  Matt Nichols is a DUI lawyer from Portland.  He is known throughout the state as a top defender of DUI cases.  Ed Folsom is a DUI defender from Saco.  Like Matt he is smart and a tough fighter.  All of us testified at the hearings.  We prepared proposed changes.   The Legislature passed a law.  In the end we won three out of four.

We got the BS about any medication out of the law.  Starting in September the BMV will be able to suspend licenses of people who are under the influence of drugs.  That means drugs that actually impair you, not just any medicine.  A legal prescription can get you suspended if you are impaired by it, but not you antibiotics or ibuprofen.

They are not going to use immunoassay tests.  Even the state lab agreed with us on that one.  Immunoassay is too unreliable.  The test will have to be by dual column gas chromotography.

Unfortunately, they are still going to use urine testing.  The state is broke and it would have cost another $150k per year to test blood.

We got one other protection put in the law.  Before the BMV can take someone’s license they have to prove that person was impaired by the drugs.

It isn’t perfect, but it is a whole lot better than the crap they tried to push through.