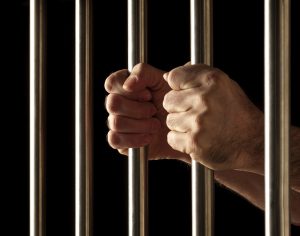 Many people I talk to think a DUI is something any lawyer can handle.  As an experienced DUI specialist lawyer I can tell you that is not true.  I have many hours of specialized training that most lawyers do not have.  The following case is a good example of why a specialist is needed.

The case is State v. Soucy, 2012 ME 16. Mr. Soucy was speeding and was upset after a fight with his girlfriend.  He was stopped by police and given field sobriety tests.  He had balance troubles on the balance tests and the HGN test showed jerking of his eyes.  He was arrested and blew a 0.00 on the Intoxilyzer.  The cop asked him if he took medications and he told him he took oxycodone and hydrocodone.  Mr. Soucy told police he wasn’t impaired by drugs, just tired and sick with the flu.  They called in a Drug Recognition Technician to perform a DRE test.

A DRE test is a battery of tests and examinations.  The technician examines the subjects eyes, blood pressure, muscle tone, balance, temperature and and other things.  (There is a lot of doubt in the scientific world about the reliability of these tests, but that is for another blog.)  The test showed pinprick pupils, HGN, rigid muscles and bad balance.

After the tests the technician gave the opinion that Soucy was under the influence “of a dissociative anesthetic and a narcotic analgesic.”  Someone at trial (the cop or the state’s lab tech) claimed that a “urine test confirmed the drug recognition expert’s conclusions; it indicated the presence of oxycodone (a dissociative anesthetic) and hydrocodone (a narcotic analgesic).”  Based on this evidence Mr. Soucy was convicted of DUI (drugs).

Oxycodone is not a dissociative anesthetic. Oxycodone and hydrocodone are both narcotic analgesics. Apparently, the technician added the dissociative anesthetic when he saw the  HGN eye twitching and the felt rigid muscle tone. Narcotics do not cause HGN and the associated muscle tone is flaccid. If an anesthetic had been present the cop should have also seen Vertical Gaze Nystagmus and lack of eye convergence. Rather than conclude something other than drug impairment was going on the technician just added another drug to the mix.

Soucy claimed to have the flu. Assuming his temperature (that would have been taken by the cop during the test) confirmed the flu, all of the symptoms attributed to failing the DRE test (except pinprick pupils) are consistent with exhaustion, the flu and fever – including HGN. People who regularly take narcotic prescriptions build tolerance – that’s why addicts need more drugs to get high. People who regularly take narcotics for pain can have pinprick pupils but not be impaired.

This DRE opinion was deeply flawed. This flaw has now become legal precedent. When Soucy appealed the Maine Supreme Court upheld the conviction and relied on this flawed evidence.

This is why a DUI Specialist is needed.  A DUI Specialist will understand the DRE protocols and training as well or better than the cops do. The DRE testified that Soucy was under a category of drug that was not present. The cop testified to seeing symptoms that were inconsistent with the drug that was actually in Mr. Soucy’s urine, but were consistent with the flu. Someone, perhaps the officer or the chemist, then testified falsely that oxycodone was a dissociative anesthetic, presumably to cover the cop’s flawed DRE test. A DUI Specialist would know this and would have caught it at trial.

Maybe the result in this case would be the same, but the chance of winning would have been better with a DUI Specialist.