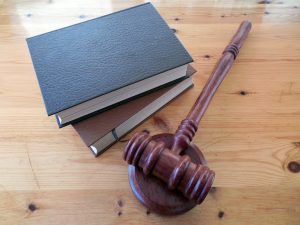 The Maine Association of Criminal Defense Lawyers is putting on a seminar to train lawyers to defend DUI cases.  It will be held at the Hilton Garden Inn, Freeport, Maine, on August 22, 2014.  (In Maine that is OUI – Operating Under the Influence.)  I have the honor to be one of the instructors.  I am teaching Field Sobriety Testing.  Other speakers are Jan Semenoff, Matt Nichols, John Webb and Ed Folsom.

Jan Semenoff is coming from Saskatoon, Saskatchewan.  He was a police officer for the City of Saskatoon Police Department where he was specially trained in breath testing.  During his service with the SPD, and after retiring from that department, he was a factory trained breath test technician on many models of breath testing device.  He has published papers on breath testing and other subjects related to alcohol the science of alcohol measurement.  He is recognized as one of North America’s leading experts on the subject of breath testing.  On a personal note,  Jan trained me on the Intoxilyzer 8000, the machine used by police in Maine.  Jan will spend two hours training Maine lawyers about the 8000.

I went to law school with Matt Nichols.  That was a long time ago.  Matt is one of the very top OUI trial lawyers in Maine.  He is perhaps the most innovative OUI defense lawyer I know.  Not surprisingly, Matt will teach Creative OUI Defenses.  His approaches to exposing the attempts of the Intoxilyzer 8000 manufacturers to hide information about the machine make for some of the best and most entertaining cross-examination.  After the witness says “i don’t know” for the fifteenth or twentieth time, jurors start to catch on that the machine may not be as good as the State of Maine and the manufacturer claim.

“Big John” Webb is the state representative for the National College for DUI Defense, Inc.  He practices OUI and criminal defense in York County, Maine.  John will teach the case law update.  This is a summary of the important cases relating to OUI practice in Maine and nationwide.  He is an engaging speaker who holds the attention of the listener, whether it is a room full of attorneys or a jury.  John is one of those guys who leave you feeling glad to have met him.  Despite being a double, below the knee amputee, he golfs in the mid 80’s.

Ed Folsom is another fine OUI defense lawyer.  He was also an adjunct professor at the University of Maine School of Law wher he taught Criminal Procedure.  Ed wrote Maine OUI Law and Maine Driver’s License Suspensions, Revocations and Related Offenses (non-OUI).  He will teach us about BMV Administrative Law.

None of these people are being paid for this work. There is some reimbursement for travel expenses. They are doing it because they believe the justice system works better for all of us when the lawyers defending people have a better understanding of how to defend people accused of crimes.

When the government prosecutes citizens they bring tremendous power of the state to bear on the accused.  The government has a host of scientists including chemists and DNA technicians, and paid investigators (police).  They are all professional witnesses.  Most defense lawyers do not readily have these resources.  Most cannot call up a chemist to ask questions about breath testing.  They do not have an entire police force to seek out witnesses.  Most defendants cannot afford to hire these services to advise their lawyer.  This means that lawyers must have a strong working knowledge of all of the subjects that will come up at trial.  In OUI cases this includes chemistry, human physiology and biology, pharmacology, constitutional law, police procedures, breath, blood and urine testing procedures and equipment, field sobriety testing, and the specialized laws that relates to DUI/OUI.  It is through seminars like this one that lawyers learn these skills.