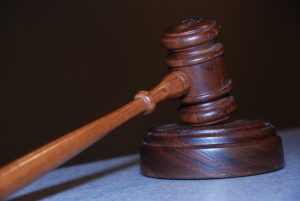 The United States has the sorry distinction of locking up a higher percentage of its citizens than any other country.  It is not that Americans break the law more than people in other countries.  We don’t. The problem lies with the idea that putting people in prison is the cure for every act we believe to be criminal.  The idea that being “tough on crime” by locking up people will make crime go away is ingrained in our politicians’ minds.  That solution to crime utterly failed to win the war on drugs.  The only thing it got us is a huge prison population at the cost of billions of dollars each year to catch, prosecute and warehouse Americans.  The vast majority of these prisoners are non-violent offenders who pose little danger to the community.

Two sets of drug laws (federal sentencing laws) contributed the most to this problem of imprisoning too many of our non-violent fellow citizens.  The first was a set of mandatory minimum drug laws based on drug quantity.  The second was the Federal Sentencing Guidelines.

Congress passed laws creating mandatory minimum sentences for drug crimes based on drug quantity.  Before 2011 a person who sold 500 grams or more of cocaine powder faced a mandatory minimum sentence of 5 years in prison.  Five kilograms resulted in a 10 year mandatory minimum.  And these drug amounts were not based on the amount of drugs the person had at any one time.  The Guidelines added up the amount of drugs sold over time.  A one time sale of 500 grams of coke or the sale of two grams each week for a year both resulted in a 5-year minimum sentence.  Twenty years of these sentences did nothing to reduce the traffic in drugs.  Worse, these laws were both arbitrary and racially discriminatory.

While trafficking in 500 grams of cocaine powder triggered the 5-year mandatory minimum sentence, mere possession without sale or intent to sell crack cocaine triggered the same sentence.  This was based on the ideas that crack was more addictive than powder coke, that crack users and sellers were more likely to have firearms and engage in violence, and that crack had a greater effect than powder cocaine on unborn children.  Research by the Federal Sentencing Commission later proved these ideas to be untrue.  Nonetheless, for years after Congress kept the 100 to 1 ratio.  Five grams of crack or 500 grams of cocaine powder resulted in the same sentence.  There is no justification for this difference in punishment.  The folks selling powder were selling far more dosage units of cocaine for far more money.  When they got caught they served far less time in prison.

This powder-crack distinction was racially biased as well.  Statistically, minority citizens are no more likely than whites to sell drugs.  Culturally however, powder cocaine was more popular among whites than among minorities.  The result was that minority defendants were more likely to be sentenced for selling crack and whites for selling powder cocaine.  The minority defendants, including African Americans, got far longer sentences for selling lesser amounts of drugs.

This lock’em-up-and-throw-away-the-key philosophy was also present in the Federal Sentencing Guidelines.  The Guidelines are the rules used in federal courts to establish sentencing ranges in criminal cases.  For years the courts treated them as mandatory.  Judges could only sentence a person under the Guideline level in limited cases.  In 2005 the Supreme Court finally held that they were advisory, and that judges were not bound by the ranges of sentences established in the guidelines.  Unfortunately, in many cases Federal judges still assume that Guideline sentences are reasonable.  Guideline sentences are all to often the default sentence.

The Guidelines for all drugs were particularly high.  Most of the people sentenced under those drug guidelines were non-violent drug offenders.  Often they got longer sentences than armed bank robbers or rapists.

Between 1995 and 2007 the Federal Sentencing Commission submitted four reports to Congress about the crack-powder disparity as well as other drug guideline problems.  The Commission recommended reducing the ratio between crack and powder, and in later reports recommended reducing drug punishments generally.  These recommendations were based on the Commissions studies that showed these sentences being imposed were far too harsh, and did not result in the crime reduction sought.

Finally, in 2007, Congress began to act.  New laws reduced the sentences for crack by an average of about 15 months. The following year those changes were made retroactive.  Prisoners serving sentences under the old law could ask for a sentencing reduction.  If the judge found the person did not pose a danger to the community the sentence was reduced.  The average reduction was 26 months.  Later government studies showed people who got sentence reductions were no more likely to commit crimes after release than people who served full sentences.

Nonetheless, the disparity between crack and powder was still too high.  Sentences for other drugs were too high.  Mandatory minimums and huge sentences for mere possession of crack were still warehousing too many people.

Finally, it looks like that problem will be partially fixed.  On July 18, 2014, the Sentencing Commission voted to make the changes to the Guidelines made by the FSA reducing drug sentences, retroactive.  Although Congress must still approve that vote, it looks like it will pass.  As of November 1, 2014, it looks like the Guideline related changes of the FSA will be applicable to prisoners sentenced before the FSA.

Like other retroactive reductions, the prisons will not simply open the doors and let people go.  Prisoners must apply for reductions.  Judges will consider each case to determine whether the person is likely to be a danger to the community.  Violent offenders will not be released early.  To give judges time to make these decisions the first releases will not occur until November 2015.  Sentence reductions are expected to affect over 43,000 prisoners nationwide.  Some 12,000 crack prisoners will receive an average reduction of 37 months.