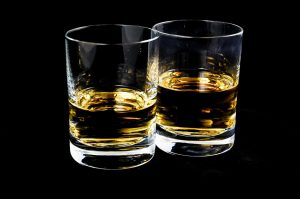 Well, a couple of weeks ago the Supreme Court decided North Dakota v. Birchfeld. They held that a breath test was a search, but that a warrant wasn’t needed. The Court basically said a breath test is not particularly intrusive. They concluded it can be done when someone is arrested as a search incident to that arrest. Again, one judge – Justice Sotomayor – agreed with me, that a warrant should be required.

The Court reaffirmed that a warrant is needed for a blood test. They also held that a state cannot make it a crime to refuse a blood test without a warrant because that would penalize people for asserting Fourth Amendment rights when the person insisted on a warrant. Although urine tests were not at issue, they will probably be treated the same way as blood tests, and a warrant will be required. I still think these rules should apply to breath tests, too.

The Court held that the state could still criminalize a breath test refusal because the person has no right to refuse a breath test.

One good thing to come out of this case is Justice Sotomayor’s position on the need for warrants. Her dissent, together with her position in a few other recent cases, suggests she will be one of the champions of the Fourth Amendment and our collective right to be free from oppressive government searches.