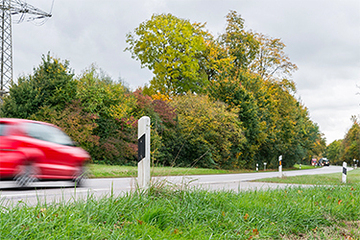 In some states, driving recklessly can be defined as strictly as going 11 MPH over the limit. In Maine, the nomenclature used for “reckless driving” is “driving to endanger” and for better or worse, the restricts aren’t so well defined. The problem with being arrested for driving to endanger in Maine is that it’s up to the discretion of the office.

One of the biggest problems with our criminal justice system is that people are often wrongly arrested. Once people are sent to court, even when innocent, they struggle to prove their lack of culpability, often without a lawyer. People who go unrepresented lose more often than people with attorneys, by a larger margin.

If you or someone you know has been charged with driving to endanger in Maine, you should consider hiring a lawyer. Here are 5 reasons why you should seek out representation.

Penalties for driving to endanger in Maine are more significant than other driving charges. A run of the mill violation or traffic ticket might cost you around $100 but won’t lead to any serious marks on your record.

Driving to endanger is considered a misdemeanor in Maine. While it’s in the lowest category, Class E, it still carries mandatory minimums. People who are found guilty could lose their license for 30 days or more.

The mandatory fine for this penalty is $575. If the arresting officer made a mistake and you end up having to deal with this ticket, you could be shelling out more than you spend on rent in a month.

If you end up in dire straits, the judge could suspend your license for half a year. While it’s rare to end up having your license suspended for 180 days for just driving to endanger, it’s still a harrowing prospect.

2. It’s More Than A Traffic Ticket

While you might not think you need to hire an attorney for something like this, you should consider the later ramifications of this arrest.

You won’t be thrown in jail for parking tickets, but as this is considered a motor vehicle-related crime, you don’t want this on your record. Subsequent similar arrests will count toward a habitual offender ruling that results in having your license revoked.

If you’ve got other convictions on your record in the last 5 years, this could be bigger than it seems on the outside. Can you afford to have your license revoked for an extended period of time?

Working with an attorney will help you to mitigate these risks.

Since you’re reading this, it might be safe to assume this is one of your first run-ins with laws regarding driving to endanger in Maine. Hiring an attorney brings years of experience beating cases like this. While you might spend months of sleepless nights trying to figure out how to mount a defense, your lawyer could take one glance and see an answer.

Mistakes made on your ticket or during your arrest could have the whole affair thrown out the window. An officer with a record of making mistakes could be exposed by your lawyer. If you’ve been charged with an OUI, your lawyer can ensure that any false claims are cleared up.

Even just dealing with the prospect of losing your license and having to find transportation alternatives could be stressful enough. How can you find the energy to represent yourself when you’ve got so many other things on your plate?

Your attorney spent years studying cases like yours to find ways to resolve them quickly. Your attorney will make sure you use every angle possible to get your arrest thrown out.

4. Attorneys Can Bargain for You

You need someone who knows the gravity of being charged with driving to endanger. In Maine, it could mean financial ruin for someone. That’s why attorneys are your best tool for bargaining

They spend every day of their lives dealing with other lawyers, police departments, and judges. They know how to talk to these people in authority to ensure that your case is treated fairly. They also know the kinds of deals that judges and other attorneys could be looking for.

If you were in any way related to another case or you refused to be a witness for a criminal trial, you could use that previous case to bet against your charge. If you agree to give testimony, your attorney could bargain your arrest against your ability to provide witness for something else.

Even if you’re not from Maine, you should hire an attorney for your driving to endanger ticket. Just because your license is from another state doesn’t mean that you won’t be dealing with the consequences.

If you are charged with this crime in Maine and hold a Vermont license, for example, the State of Maine will contact Vermont’s DMV and let them know. Your violation in Maine could result in a subsequent suspension in another state.

If you fail to resolve it, you’ll be barred from driving in Maine. If you cross the border a lot for work or if you’ve failed to switch your license from another state, you could be facing lots of new headaches.

Leaving this problem unresolved isn’t an option, no matter where you’re from.

Driving To Endanger in Maine Is Serious

If you’ve been charged with this crime, you can’t just put this in the drawer where you keep bills and forget about them. You need to deal with this case as soon as possible. While it can be exhausting and frustrating, you need to treat this arrest seriously and call in a professional.

If you’re ready to find the perfect lawyer to represent you in this case, call or visit our office today.