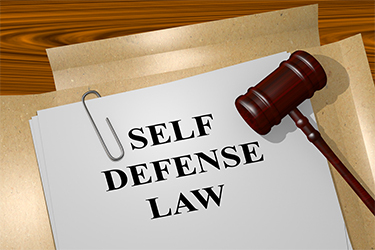 Using deadly force to protect yourself is a last resort nobody wants to imagine themselves having to use.

Unfortunately, it happens every day, and the law won’t always protect you for choosing this option.

Often, people will defend themselves with deadly force, and then claim they thought some other state’s laws applied to them. Or learn, to their surprise, that their own state’s laws don’t cover what happened to them.

Not being aware of the law doesn’t change how it will apply to you if you break it. It makes sense. But in a life-and-death situation where you have to defend yourself, it can be easy to forget this, especially if you haven’t learned how to react.

The following is our breakdown of the differences between Maine’s and Florida’s self defense laws, when it is appropriate to use deadly force. It’s important for gun owners in these to familiarize themselves with the laws as they apply to them, in advance of an emergency.

In 2012, Florida’s self defense laws became a topic of debate after the shooting of Trayvon Martin, an unarmed teenager in Central Florida.

The man charged with killing him was acquitted, on the state’s Stand Your Ground law, a controversial ruling that was also completely legal.

Florida’s self-defense law requires prosecutors to disprove a defendant’s need to defend themselves. In states with this law, you’re allowed to use force to defend yourself without retreating, standing your ground as the name suggests.

To protect yourself against a perceived threat, in Florida you’re allowed to use whatever force is necessary to combat this threat. The law states you may use deadly force if you’re preventing your own death, harm, or the potential death or harm of someone else.

Stand Your Ground laws like this are also often associated with something known as the castle doctrine. This is an American principle which concerns your rights “at home”, and where that home exists.

This doctrine applies to domiciles and other occupied spaces, like cars, giving you specific rights in these spaces. This includes the right to self-defense and the use of force, making it an obvious companion to the stand your ground law.

While Florida exists at one end of the spectrum of self defense laws for use of lethal force, Maine exists at the other.

The truth is it’s actually very difficult in Maine to justify using lethal force in self-defense. There are precedents for using this level of force inside of or outside of a home, for instance, but, in general, lethal measures are hard to justify.

This is because of the state’s Duty to Retreat laws. Under these regulations, you should use the least force necessary and retreat to avoid harm, instead.

There are two stipulations under which you’re permitted to make use of deadly force. Beyond these, you’re not considered to be in life-threatening danger, and your right to use lethal force becomes compromised.

First, you have to believe the other person is about to use unlawful, deadly force against you. You’ll have to justify that, and, that you thought you could only defend yourself with deadly force.

Maine’s self defense laws state you have to try and avoid most if not all confrontations. The law says that, if a person can retreat safely, they are not authorized to use deadly force, unless they are at home and meet certain criteria.

Defense attorneys have urged Maine residents to attend weapons training to understand when and where to use a firearm. They encourage weapons owners to imagine defending their actions in court, after the incident. If you can’t convince a jury you honestly believed yours or someone else’s life was in mortal danger, you’re not allowed to use lethal force.

As a note, in these situations, it should go without saying, but you aren’t justified in using deadly force if you’re the one who provoked the encounter. Once again, the question of reasonability comes into play. If someone else can argue you “started it”, you aren’t legally entitled to use deadly force.

Life and death situations aren’t something to take lightly, especially when defending yourself.

It’s a difficult decision to parse. You have to know your legal obligations when defending yourself, no matter which state you live in, or you could be hurting your own interests. But who has the time during an emergency to take these factors into account?

No matter who you are, the law supersedes whatever you think your rights should or shouldn’t be. That’s why you’ll want to be well aware of them, well ahead of time.

Residents of Florida have a wider range of areas in which they can use deadly force to defend themselves. The onus isn’t on them to retreat, and they are allowed to protect their own and other people’s wellbeing by standing their ground.

In Maine, behaving in the same manner as in Florida can and will result in prosecution. Maine residents need, by law, to retreat to somewhere safe before taking deadly action against anybody.

Self defense laws differ from state to state, not just in the United States but in many countries around the world.

It’s important to know what your rights are so that if you’re ever in an emergency situation, you can respond.

On the two ends of the spectrum, we have to stand your ground and duty to retreat laws. Neither one is more popular than other, with roughly the same number of US states imposing both.

There are also states that use castle doctrine, but with a limited duty to retreat, where you should retreat into your home and lock the doors. In these cases, use of deadly force would not be appropriate.

These laws have been created to protect the citizens of these states, which is why it’s important to attend gun training and know your rights.

For more information on your rights under the criminal law of Maine, get in touch with OUI hotline, today. We’re a qualified law firm, and can help you navigate the tricky waters associated with facing down criminal charges in the state of Maine.